“The pendulum wheel is an improvement on the great wheel, which requires the spinner to stand and walk backward and forward while spinning.” 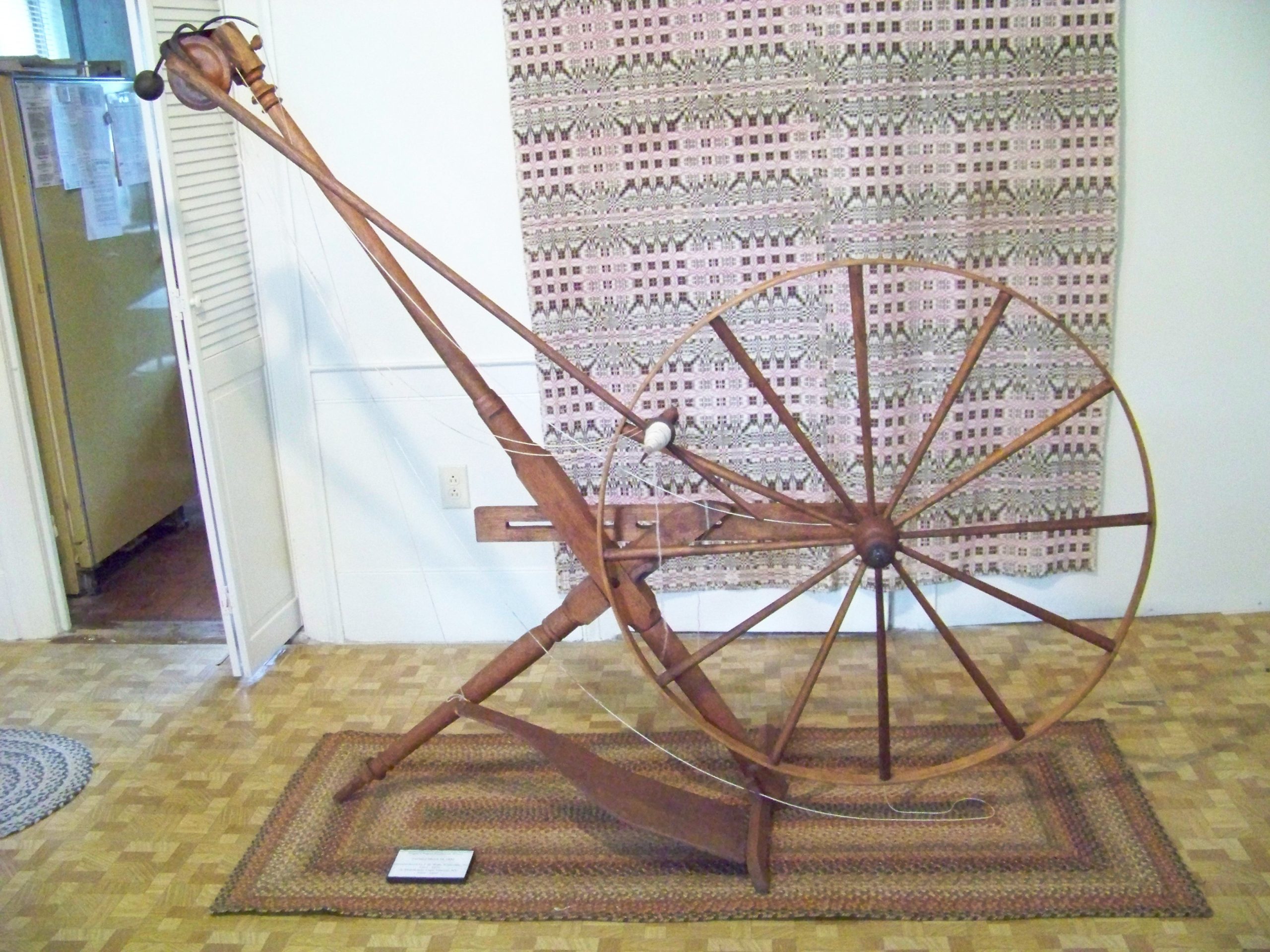 Lyman Wight of Benton Township, which is near Scranton, Pennsylvania patented hispendulum wheel in 1856. The pendulum wheel is an improvement on the great wheel, whichrequires the spinner to stand and walk backward and forward while spinning. By placing thespindle on a swinging pendulum, controlled by a foot-operated treadle, the spinner could sitwhile spinning. Shortly after receiving his patent, Wight moved to Whitewater, Wisconsin, andin 1862, he sold his patent rights to J. B. Wait of Waitsville, Wisconsin, who put the pendulumwheel into production to meet the demand for spinning wheels created by the Civil War clothshortage. Later, the S. Morehouse company of Cape Vincent, New York purchased a license tomanufacture pendulum wheels. The museum’s example was probably made by the Morehousecompany.